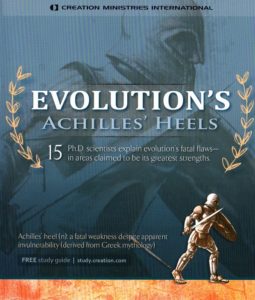 Evolution’s Achilles’ Heel is Not Rated. We would rate it PG.

(Edited from the DVD jacket)

This 96-minute documentary interviews 15 PH.D. scientists about the greatest weaknesses of modern evolutionary theory. The public generally only hears from one side of the origins debate, but with stunning animations and dramatic footage, Evolution’s Achilles’ Heels, presents a powerful ‘warts and all’ critique of textbook evolutionary orthodoxy. You’ll also discover just how much this debate impacts your view of yourself and the world around you.

“If we could award Evolution’s Achilles’ Heels more than 5 Doves, our best rating, we would.” The Dove Foundation 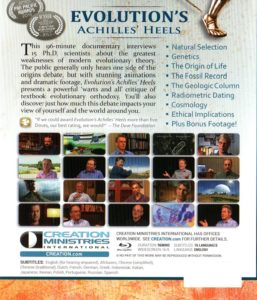